Spirited Women You May Not Know… 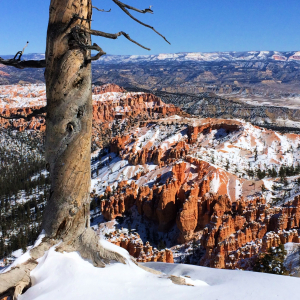 All was bright with that brilliancy of sky and atmosphere, that blaze of sunshine and universal glitter…it gives one spirit enough for anything.
~ Isabella Bird (1831-1904)

Have you met Isabella Bird? If not, you’re in for a treat. Isabella was a British explorer, photographer, naturalist, philanthropist and international best-selling author back in the day it simply wasn’t the “done” thing for a woman to go gallivanting around the world – especially not on their own, and (gasp!) doing adventurous things.

A doctor prescribed a sea voyage to shake off the blues and insomnia that plagued Isabella after an operation on her back. Though frail as a girl, she was outspoken, incredibly curious and had an adventurous spirit, so she took to this idea with gusto. Over the years, she overcame bad health to have all sorts of epic adventures, mostly funded through her popular books. Isabella wrote vividly about the people, cultures, and natural wonders of places like India, Tibet, Persia, Kurdistan, Vietnam, Turkey, Malaysia and many more she explored – often the first European women to blaze a path – norms of the time be damned.

Isabella was progressive before that was a thing. At 16 she published her first “pamphlet,” addressing Free Trade vs. Protectionism – not the kind of issue top of my mind at that age. The rest of her life she defied Victorian Era conventions to smash barriers around the world and build understanding with her fellow humans.

Thanks to her 1873 800-mile horseback trek through the Rockies where she created quite a scandal by dressing practically in the age of corsets and crinolines and refusing to ride side saddle, some call her “America’s first badass literary mountain woman.” If you like the outdoor writing of Terry Tempest Williams, Thoreau, Abbey, etc. add Bird to your reading list. Some consider Isabella’s style a bit flowery, but I love her zesty attitude and descriptive detail that breathes life into a place.

On that Rocky Mountain expedition Isabella became fast friends with a “dear desperado” who had an affinity for violence and poetry – “A man any woman might love but no sane woman would marry” she wrote.

She could hold her own with anyone, even in bad weather and other harsh conditions. Some say Isabella should be right up there with explorers like Sirs Earnest Shackleton and Edmund Hillary. By the time Isabella was the first woman elected to the Royal Geographical Society in 1892 and later the Royal Photographic Society, she was a household name. She deserved that recognition and more.

Isabella Bird’s accomplishments included not just beautifully written tales of exotic locales where she adventured equipped with revolver and medicine chest, but also inspiring humanitarian work: She fought for Scottish worker’s rights, set up a school for missionaries and nurses in Africa, and established two hospitals including one for women in Kashmir named after her husband – Dr. Bishop (the doctor who originally encouraged her to travel.) Dr. B was ahead of his time too since he supported Isabella’s ongoing adventures while pursuing her for years and continued to do so after she finally said yes to tying the knot following the death of her beloved sister to typhoid. Tragically, John Bishop died only five years after they married.

Still exploring at 70, Isabella travelled among the Berbers in Morocco, using a ladder to mount her black stallion, a gift from the Sultan.  She was planning another trip to China at the time of her death.

Isabella Lucy Bird lived a great big life on her own terms. Are you nurturing your dreams, living life on your own terms? It’s never too late.

Won’t you let your inner Isabella come out to play?

A few more Isabella quotes for you:

It is very cheerful to live among people whose faces are not…wrinkled by the worrying effort to “keep up appearances,” which deceive nobody.
~ Isabella Bird

The scarcely audible whisper of soft airs through the trees morning and evening, rain drops falling gently, and the murmur of drowsy surges far below, alone break the stillness.
~ Isabella Bird

Surely one advantage of traveling is that, while it removes much prejudice against foreigners and their customs, it intensifies tenfold one’s appreciation of the good at home.
~ Isabella Bird

For the benefit of other lady travelers, I wish to explain that my “Hawaiian riding dress” is the “American Lady’s Mountain Dress,” a half-fitting jacket, a skirt reaching to the ankles, and full Turkish trousers gathered into frills falling over the boots,—a thoroughly serviceable and feminine costume for mountaineering and other rough traveling, as in the Alps or any other part of the world.
~ Isabella Bird

The rush of a herd of bellowing yaks at a wild gallop, waving their huge tails, is a grand sight.
~ Isabella Bird

I sat down and knitted for some time – my usual resource under discouraging circumstances.
~ Isabella Bird

I have found a dream of beauty at which one might look all one’s life and sigh.
~ Isabella Bird

Yet, after all, they were not bad souls; and though he failed so grotesquely, he did his incompetent best.
~ Isabella Bird

Beauty to the Rescue

Better Thinking? Take it Outside!
Scroll to top